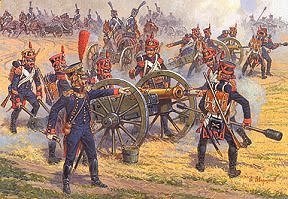 First up is 3rd company, resplendent in their Hussar-type uniform of French blue with the red trim of an elite unit. These models by Alan Perry are dressed in the 1812 uniform. Although many units did not receive it until a year or two later, they will not be out of place in my c.1812 force. 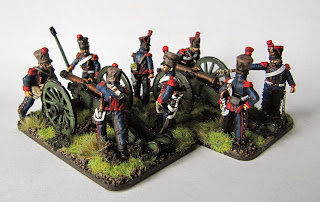 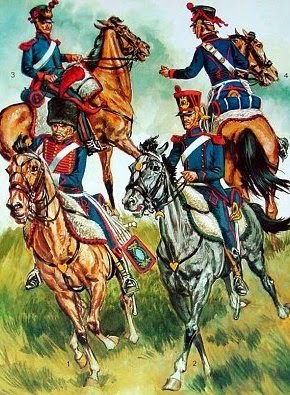 French artillery regiments were administrative units comprising of six, later eight artillery companies. Each company consisted of between six and eight guns of which two would typically be howitzers. Companies were paired to form artillery squadrons and each regiment also had a depot company. By 1812, horse artillery companies were normally equipped with four six-pound guns and two 5.5” howitzers, and artillery pieces would normally operate in pairs. French officers used the term battery to describe the tactical grouping of artillery in battle and a battery could consist of gun pairs from several different companies. See this piece on the use of artillery at Auerstadt by Robert Burnham, for example, http://www.napoleon-series.org/military/organization/France/Artillery/c_3rdCorpsartillery1806.html 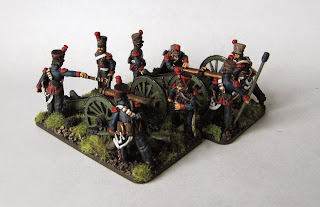 Black Powder traditionally calls for single models to represent batteries, but I’ve come to prefer two models for reasons both aesthetic and historical. Napoleonic artillery units, even horse artillery, took up a lot of space. Single gun batteries just seem too nimble in BP, especially when deployed without limbers. Moreover, two gun companies makes it easier for me to form batteries suitable for other gaming systems, such as General de Brigade. 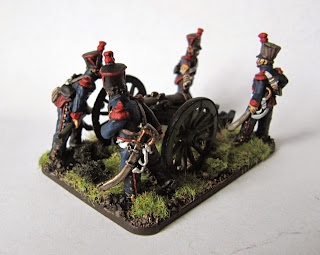 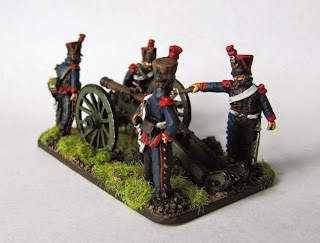 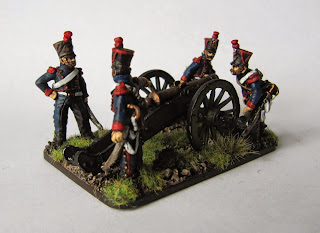 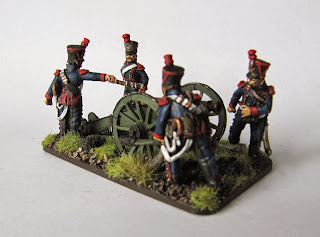 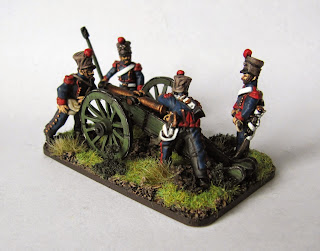 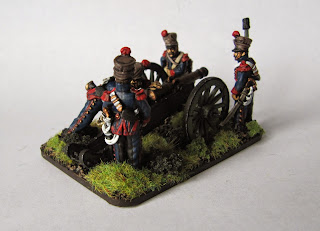 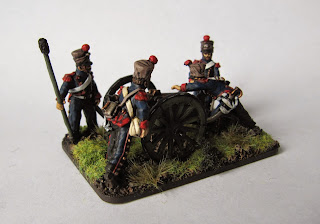 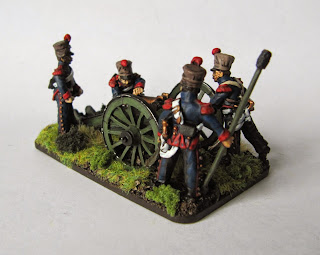 As to the title, that harks back to the nickname for members of the Royal Horse Artillery, who to this day wear ball buttons on their dress uniforms.
Posted by Stephen at 12:25